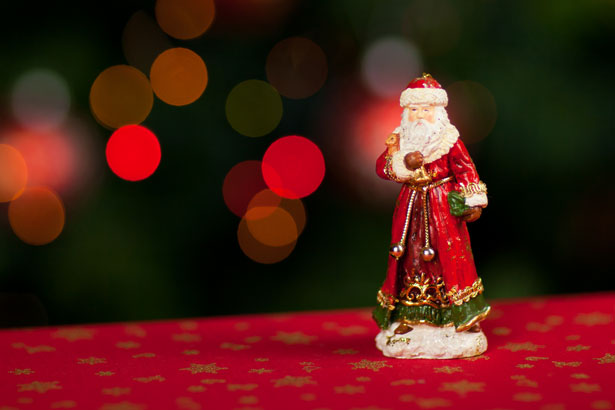 Every year we see the big red plastic models of Santa Claus rolled out of the store cupboard and stood next to tins of shortbread biscuits and jars of stuff we wouldn’t buy for the rest of the year.

Sometimes, he even plays the saxophone and dances.

His big, jolly, rotund face is everywhere, isnt it, he is in movies, books, songs, people dress up as him…Santa is a big deal!

People want him to be real so badly that it almost feels as if he is a real person for a few weeks a year. But, what lots of people don’t know is that Santa Claus, Perre Noel, or whatever you want to call him, whilst not a real person, is certainly based on a real, genuine person from history.

“There was a man named Nicholas who lived in the Roman Province of Asia (now the country of Turkey) in the fourth century A.D.

People called him Saint Nicholas because he lived a devout, Christian life from an early age.

It is believed that the name Santa Claus came from the Dutch translation of his name, Sinter Klaas.”

Saint Nicholas was a generous man, the most famous story of him involves him giving money to three daughters of a poor man (supposedly into their stocking hanging by their bed) so that the girls could get married.

Nicholas was imprisoned for his faith by the Roman Emperor Diocletian when serving as Bishop of Myra, but was released when Emperor Constantine converted to Christianity. He resumed his faithful and fervent Christian life until the end.

So, the big, fat, jolly man in the red suit may star in the movies, may have flying fantasy animals, but is a myth. Saint Nicholas, on the other hand, was a real person who gave himself freely to others because of his faith in a Divine Saviour who gave Himself freely once and for all.

What a great example for us this Christmas season.

Winter running in Bahrain is the best!
Crazy windy, wintery swim this afternoon. Thankfully we got out before the weather packed in 🏊🏼
Starting the day off right 📚☕️
Goal setting for 2020? Here’s a little something something I wrote that might help! Get it at saarfellowship.com or my blog site.
Happy New Year to you and yours from Bahrain! 🇧🇭 كل عام و انتم بخير
Nice comeback from injury this morning at the @boostbahrain Duathlon!