We love a hymn at Saar Fellowship, and we love a contemporary rendition. Hymns are (usually) so rich and full of strong, robust theology, and more often than not sing worship to God rather than sing about ourselves. Today, My Hope Is Built on Nothing Less.

Originally written by Edward Mote in 1834, it has been covered by a few people, maybe most well known of which are Hillsong Worship and the Norton Hall Band.

The main chorus, or refrain, was (so I read) written to convey the truth of 1 Corinthians 10.4,

For I do not want you to be unaware, brothers, that our fathers were all under the cloud, and all passed through the sea, 2 and all were baptized into Moses in the cloud and in the sea, 3 and all ate the same spiritual food, 4 and all drank the same spiritual drink. For they drank from the spiritual Rock that followed them, and the Rock was Christ.

Our world is always changing, our individual worlds are always changing, but in Christ we have a solid, sure, steadfast Cornerstone on which to stand, on which to build, and on which to lean. Our hope for the future is truly built on nothing else than the shed blood of Jesus for us, and we dare not stand, build, or lean on anything else.

Today, no matter what is going on, let us keep this front and centre in our minds,

On Christ the solid rock I stand,

all other ground is sinking sand.

At the start of 2013 I was living in Essen, Germany, and as is common in lots of European cities there is a central train station, a hauptbahnhof in Germany, a gare centrale if you’re in France, you get the idea…

All main trains coming from other cities do so to the main station, so in Essen we could take an intercity train and go to Düsseldorf, Dortmund, Köln, or even further afield to Brussels or Paris. As well as the main lines, there were also smaller lines, city trains, running to different parts of the city, and there was also the U-Bahn which ran underground and stopped every few hundred meters all over town. Basically, everything ran through this main hauptbahnhof, as it was central to everything else, everything else came and went via the main station.

In Amos today we read of the centrality of the Exodus to God’s people in the time before Christ;

1 Hear this word that the LORD has spoken against you, O people of Israel, against the whole family that I brought up out of the land of Egypt:

2 “You only have I known of all the families of the earth;

therefore I will punish you for all your iniquities.

3 “Do two walk together, unless they have agreed to meet?

4 Does a lion roar in the forest, when he has no prey?

Does a young lion cry out from his den, if he has taken nothing?

5 Does a bird fall in a snare on the earth, when there is no trap for it?

Does a snare spring up from the ground, when it has taken nothing?

6 Is a trumpet blown in a city, and the people are not afraid?

Does disaster come to a city, unless the LORD has done it?

We see how central the Exodus is right from the start, against the whole family that I brought up out of the land of Egypt. God is speaking through Amos and says look, all that has happened to you has been my doing, and you have seen me working in ways that no other people have, You only have I known of all the families of the earth. The amazing things that happened to Israel could only have been God working so powerfully and evidently, vv.3-6 are six obviously true statements that lead to the inevitable conclusion that nothing happens unless the LORD has done it.

So, in a nutshell, the Exodus was so central because it was when God’s people saw God deliver them from slavery, bondage, and oppression into the life He had prepared for them. 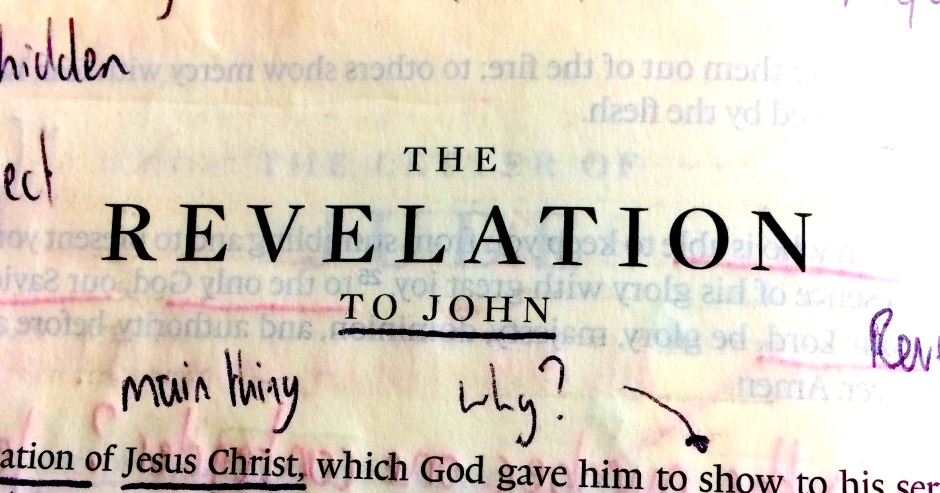 “To the angel of the church in Ephesus write: ‘The words of him who holds the seven stars in his right hand, who walks among the seven golden lampstands.

2 “‘I know your works, your toil and your patient endurance, and how you cannot bear with those who are evil, but have tested those who call themselves apostles and are not, and found them to be false. 3 I know you are enduring patiently and bearing up for my name’s sake, and you have not grown weary. 4 But I have this against you, that you have abandoned the love you had at first. 5 Remember therefore from where you have fallen; repent, and do the works you did at first. If not, I will come to you and remove your lampstand from its place, unless you repent. 6 Yet this you have: you hate the works of the Nicolaitans, which I also hate. 7 He who has an ear, let him hear what the Spirit says to the churches. To the one who conquers I will grant to eat of the tree of life, which is in the paradise of God.’

See if you can spot these things over the next few teachings!

So, chapters two and three address these seven churches (Paul also wrote to seven churches), then from chapter four onwards we go into future events (interestingly, some think that between chapter three and four is when the rapture of the church happens…)

Today, Ephesus. This church, on the surface, is good! They are patient, they toil, then endure, they cannot bear with people who do evil. So far, so good. They have tested the teachings they receive and found out false prophets, this means they knew correct teachings and they had doctrinal purity.

However, doing lots of good works doesn’t remove the bad ones, does it…

Their fault was that they abandoned the love they had at first. They have deliberately and consciously moved away from practicing love. Charles Spurgeon said (loosely) that if we lose love, we have lost all.

Its tricky, isn’t it, If we over emphasise keeping laws and truth, and forget love, we turn into Pharisees, don’t we, more concerned with protocol than people. We focus on the outward appearance of things, not the inner condition.

But, if we over emphasise love, we tolerate the wrong in people and seek to minimise it under the thought of ‘I’m loving people’.

There needs to be a balance, truth in love, love with truth.

Jesus calls for the church in Ephesus to repent and go back to their first love, a deliberate, intentional, and selfless love for others and each other that seeks to build people up in truth. Not cast them away when they stray, but not turn a blind eye to their sin, either. Balance is the key, and He is the example. Simply, loving God with everything we’ve got, and loving others as much, if not more, than we love ourselves.

For all of us, are we seeking the balance of truth and love?

He who has an ear, let him hear what the Spirit says to the churches.

which means that the messages we are going to read to these seven churches are, in principle and application, for all of us.

4 John to the seven churches that are in Asia:

Grace to you and peace from him who is and who was and who is to come, and from the seven spirits who are before his throne, 5 and from Jesus Christ the faithful witness, the firstborn of the dead, and the ruler of kings on earth.

To him who loves us and has freed us from our sins by his blood 6 and made us a kingdom, priests to his God and Father, to him be glory and dominion forever and ever. Amen. 7 Behold, he is coming with the clouds, and every eye will see him, even those who pierced him, and all tribes of the earth will wail[a] on account of him. Even so. Amen.

8 “I am the Alpha and the Omega,” says the Lord God, “who is and who was and who is to come, the Almighty.”

John starts this section by addressing his readers; seven churches in Asia. Modern day Turkey, but back then a Roman province. Then, in the rest of verse four and five, we see a seamless trinitarian teaching, did you catch it?

Grace to you and peace from him who is and who was and who is to come (God the Father), and from the seven spirits who are before his throne (The Holy Spirit, see Isaiah 11.2), and from Jesus Christ the faithful witness, the firstborn of the dead, and the ruler of kings on earth.

We then read about the main thing (the book begins by saying The Revelation of Jesus Christ…). He loves us (ongoing, not finished), freed us (done), made us a Kingdom, priests to God, and yes, He truly deserves glory and dominion forever and ever. These sound like things which are due to God, creator and upholder of heaven and earth, no? Glory and dominion…forever and ever? Well, that’s because they are…they are due to God, and they are due to Jesus, too. Why, how?

Look at verse eight and we see one piece of this fall right into place;

8 “I am the Alpha and the Omega,” says the Lord God, “who is and who was and who is to come, the Almighty.”

On the surface, nothing revelatory there, is there, just God declaring who He is…just…anyway, nothing new for lots of people…but, if we look at Revelation 22.13, Jesus speaking now,

13 I am the Alpha and the Omega, the first and the last, the beginning and the end.”

8 Jesus Christ is the same yesterday and today and forever.

The conclusion is inescapable, Jesus Christ is God. This is how He can authoritatively say things like this, great thoughts for us today;